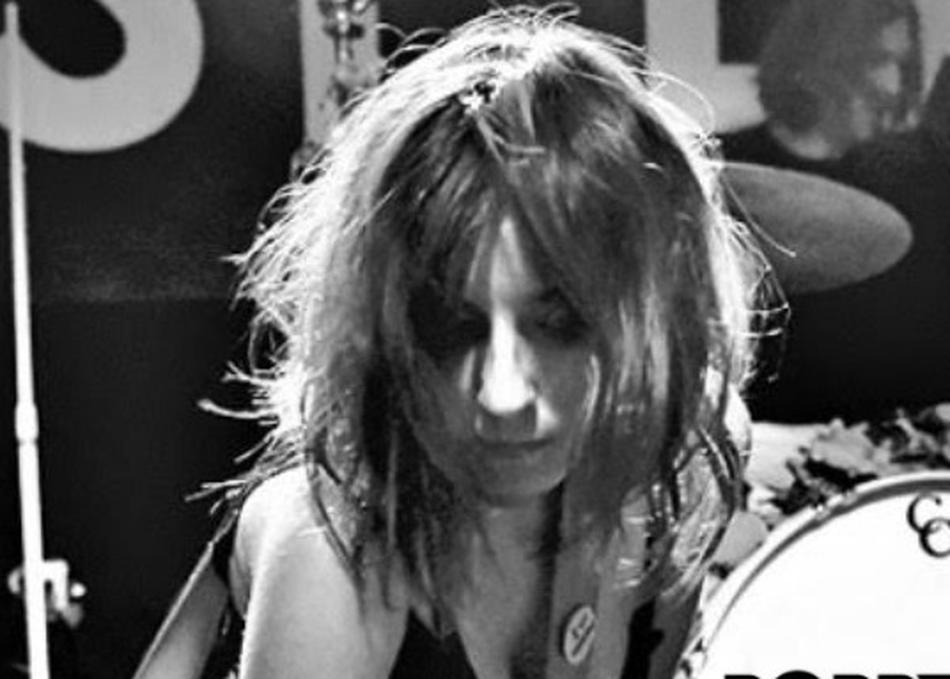 “I'm an accidentally good guitarist,” explains Poppy Jean Crawford. “I started playing just because I wanted to have chords to go along with my music”
Crawford grew up in Los Angeles, soaking in the city’s creative culture. Her mother is a filmmaker and music-video director and her father is an artist, and early on Crawford immersed herself in L.A.’s legendary music scene. “In high school, and I start going to DIY shows, going to The Smell and becoming interested in writing music,” she says. “Soon enough, I dropped out of school. I thought, fuck it, I know what I’m supposed to do.” Indeed, the day she left high school she played her first club gig.
She started playing shows regularly, supporting groups like The Brian Jonestown Massacre, and earning a rabid fanbase among L.A.’s musical cognoscenti. Buzzbands L.A.’s Kevin Bronson wrote she was “an unexpected highlight… shredding like a 19-year old possessed and tossing shards of dark noise.”