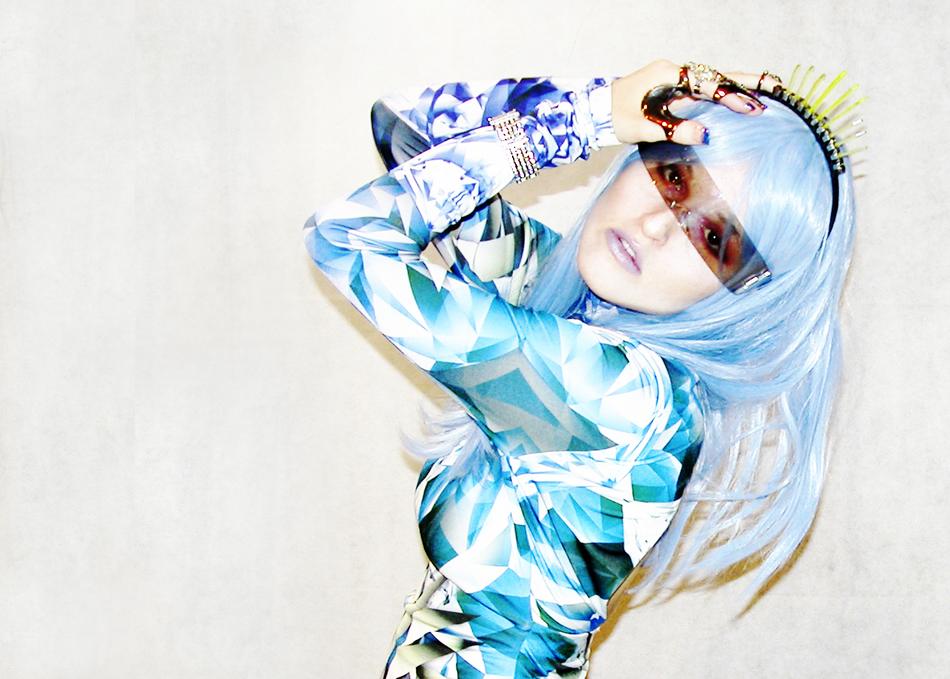 CULTTASTIC is a Ukrainian-American synthpop music producer and recording artist. She treats music as a form of magic, and recurring themes in her songs include transcending physical limits, exploring hidden desires and dancing among alternate realities.

“Nothing will destroy this... Step into my Matrix," she entices on M-Theory, alternating between lyrics in Russian and English, gliding over the sounds of hissing hydraulics and engines ripping through laser-lit tunnels.

“I’m the night/You’re the rain in the night," she purrs on I’m the Night, her debut single that was released as two contrasting versions: the candy coated, glitch J-pop rendition and the creepy, ethereal witch house mix.

CULTTASTIC independently writes, produces and records her music, edits her music videos and designs elaborate visuals to embody her sound. The former competitive rhythmic gymnast and figure skater began composing music as CULTTASTIC while recovering from a contortionist-training injury and garnered attention when she was featured on MTV Iggy. CULTTASTIC released her self-titled debut album in October on Negative Gain Productions.