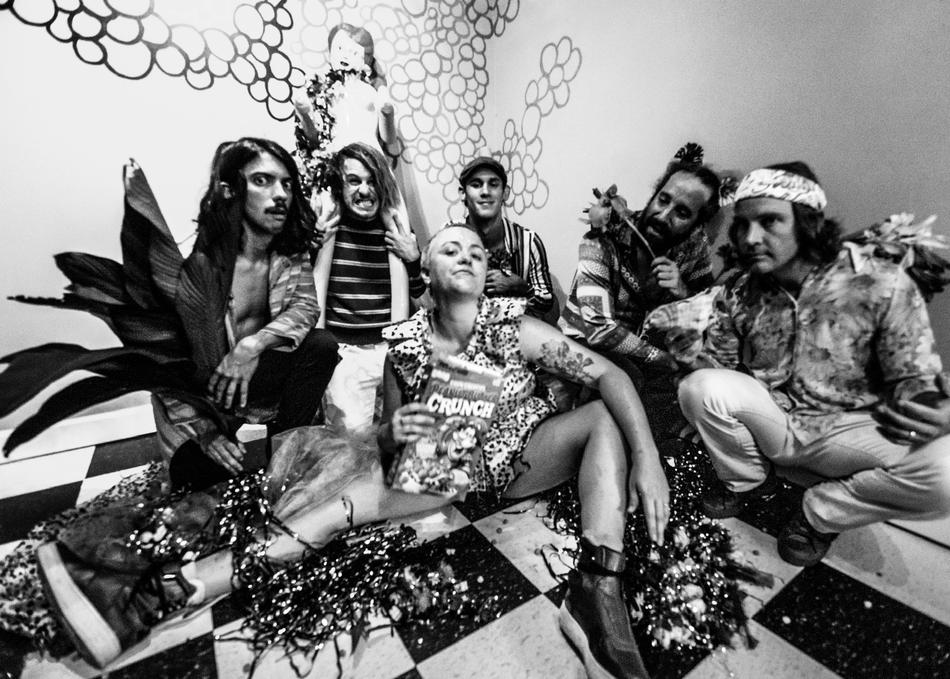 Austin’s reputation as a haven for misfits, oddballs, and outlaws of all stripes actually delivers when it comes to Calliope Musicals. Since their inception, they have aimed to give the middle finger to that music scene’s cult of masculinity by way of flourishing a far wider spectrum of human color. Said by the Austin Chronicle to stick out like a “sore thumb” on the city’s music scene, Calliope Musicals stands up for Austin as a frontier town for outlaws of all stripes.

Carrie Fussell, formed the group while in college at UT and gathering a “misfit band of merrymakers and oddballs.” Calliope started as an acoustic-folk project (because college, right?). But as members came and went, their sound slowly evolved. Craig Finkelstein switched to synthesizers. Josh Bickley signed on as drummer, with Andrew Vizzone holding down the low end on bass. They simmered and stirred and wrote and gigged and the glorious result was, as Carrie says, a “colorful, noisy, sweaty dance party.” USA Today has noted they “make infectious pop music that exists somewhere on the wavelength between folk and psychedelia” and NPR’s All Songs Considered have gushed that the act