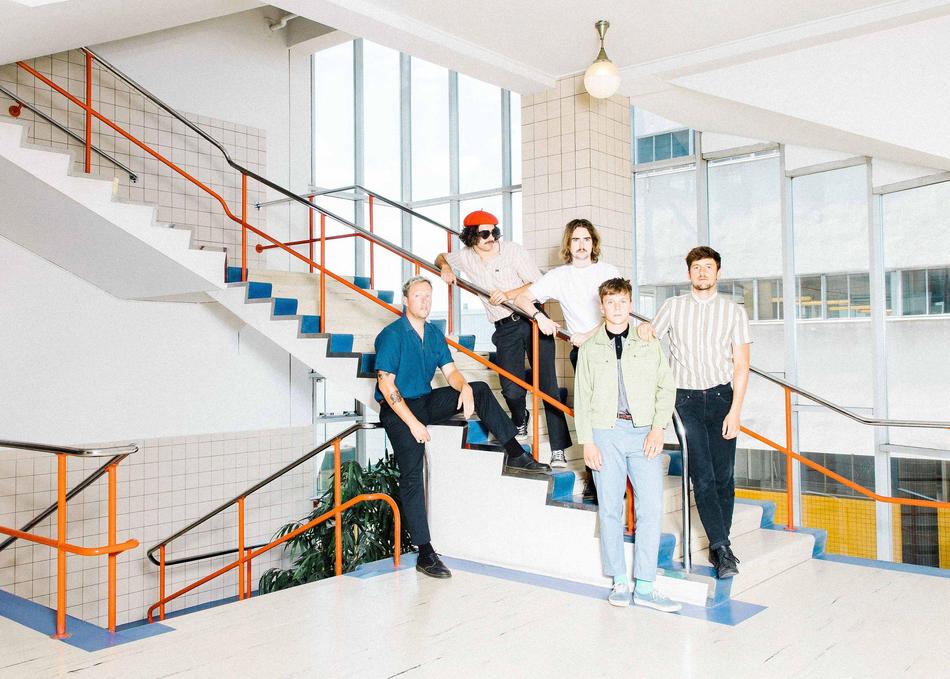 Rotterdam-based fivesome Iguana Death Cult initially made their mark with giddy, hard-hitting garage punk and a miasma of acid-drenched psychedelics, only to blossom into an all-embracing unit that implements frameworks of post-punk, krautrock, new wave, soul and disco. The band’s sophomore album Nude Casino, out on LA imprint Innovative Leisure, holds aloft a more cerebral and absurdist side of their songwriting.

From a dark bunker in the Netherlands, all the way to SXSW, they are a great case study on the ways headstrong dilettantism and crafty classical chops can skirmish and thrive. Iguana Death Cult embrace the art of rocking the fuck out with all senses and impulses up to eleven, rapturously sinking in their claws, never letting go.

“...a blazing vault out of the pabulum and into unadulterated mayhem” - The Fader
“Nude Casino is a quest to wriggle out of life’s bitter clutches with the maximum possible levels of fun and debauchery” - Paste
“An album that whips in spiky riffs and jutting rhythms alongside more swirling melodies” - Louder Than War
“Not only do they possess one of the best band names in history, but they’ve also got the chops to match” - DIY Magazine