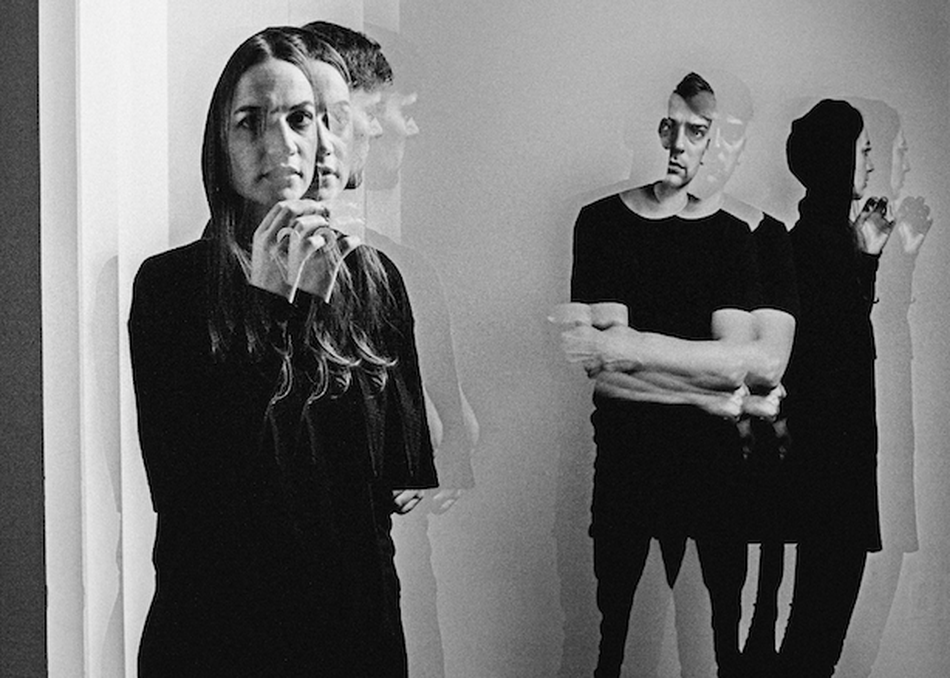 Russian Baths fuses the abrasive sounds of New York in the eighties, the angular outbursts of DC hardcore, shoegaze’s torrents of noise and the suffocating anxiety of the Information Age. One part horror movie soundtrack, and one part personal confession, the band’s music is at once imposing and intimate.

Russian Baths’ new album ‘Deepfake’ takes their art of juxtaposition to its extreme. Feedback and dissonance swallow softly whispered harmonies. Granular synths and 808s rest besides guitar shrieks and pounding drums. Caustic fits are punctuated by moments of relief, tortured the next second. Surgical imagery and themes of personal regret and cultural guilt populate the soundscape, sung by voices sometimes so close, they’re in the room with you, sometimes from impossible distances. Unlike their dissonant peers, rarely do the proceedings lead to a scream. The record was meticulously recorded and assembled over the course of two years, and mixed by Ben Greenberg (Uniform).