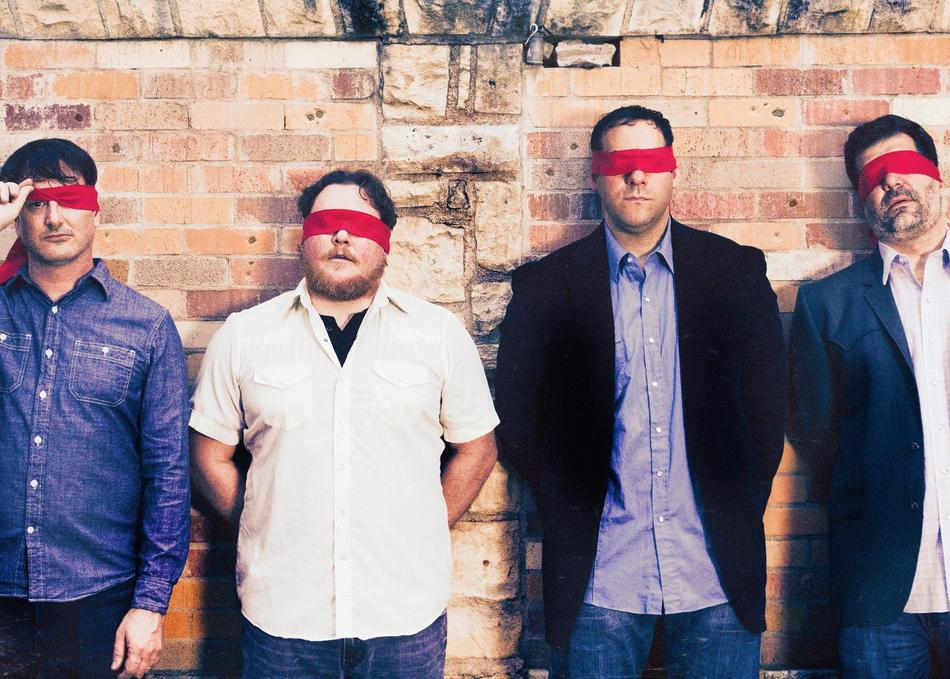 San Saba began as a straight garage-country group that could only come from Austin, Texas: equally comfortable playing the Continental Club and 30-something house parties with angular po-mo groups with Romulan haircuts. Singer John Saba and his Jesuit high school classmate, Chris Wellington, wedded the unshakable rhythm of Idahoans Tom Hudson and Tyler Mallory (Silver Scooter) and mutual friend Carlos Orozco. Over the course of a decade, the band has truly found their sound.
2020 marks the year of band’s sixth album, “Guitarra Eléctrica” (March 2020). This album is forged from 1960's Texas garage-rock, cosmic-country, R.E.M, and the multitude of music that followed in their sneaker prints. It's music for people who don't care about genres anymore, so long as the guitars are loud.
"Fifth," (2016) was well-received, described as “ghostly anthemic” and deserving of “the same national audience that Okkervil River and Shearwater enjoy.” -Austin Chronicle.
Through it all, are the songs: honest, witty, and well-crafted. But, like the band’s predecessors, the essence will always be remembered sounding best as performed jumping off the hardwood floors of an East Austin crash pad.