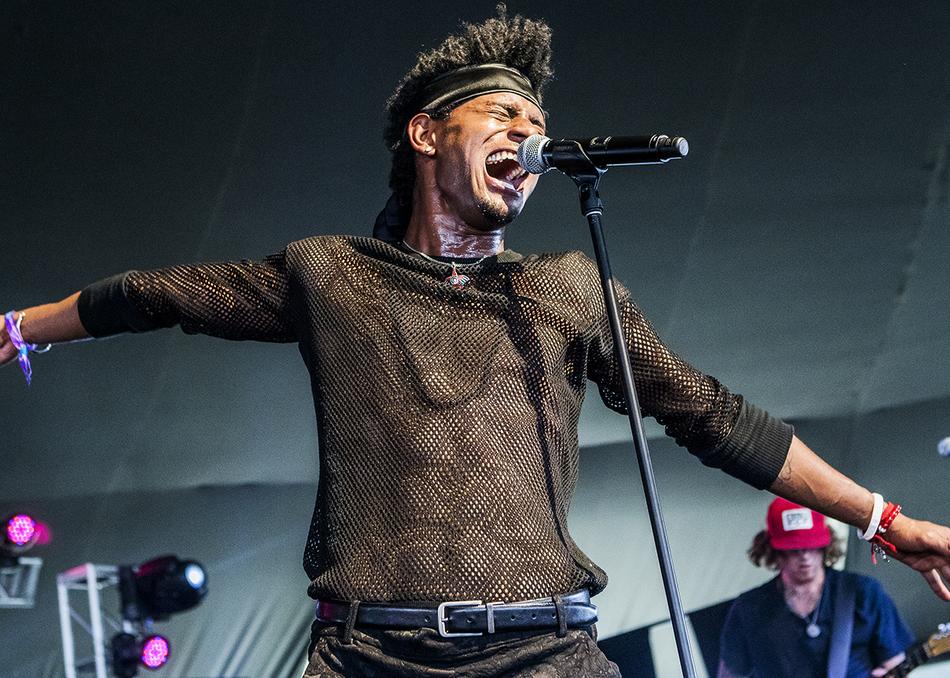 There’s a moment before each Con Brio show — before the backflips, the guitar solos, the buoyant horn lines over bass, drum and synth — when all seven band members come in for a huddle. It’s a way to say grace; an acknowledgment of live music as a team sport; a moment of stillness before they explode.

“Let’s work,” they say, their heads bowed together. And then they do.

Named for an Italian musical direction meaning ‘with spirit,’ Con Brio is a San Francisco Bay Area band that plays soul, psych-rock and R&B as fresh and freethinking as the place they call home. With charismatic singer Ziek McCarter bringing “the dance moves, splits and all, of James Brown” (KQED) and a band that “comes across like a party punk version of Sly and the Family Stone” (Consequence of Sound), Con Brio is known to convert anyone who sees their electric live show.

Founded in 2013 by veteran players with vastly different musical backgrounds*, the band quickly became a favorite up and down the West Coast, then across the U.S., and then overseas in places like Japan and the Netherlands. In 2016, Con Brio’s debut LP Paradise paired uplifting dance party-starters (and some psychotropic electric guitar wo