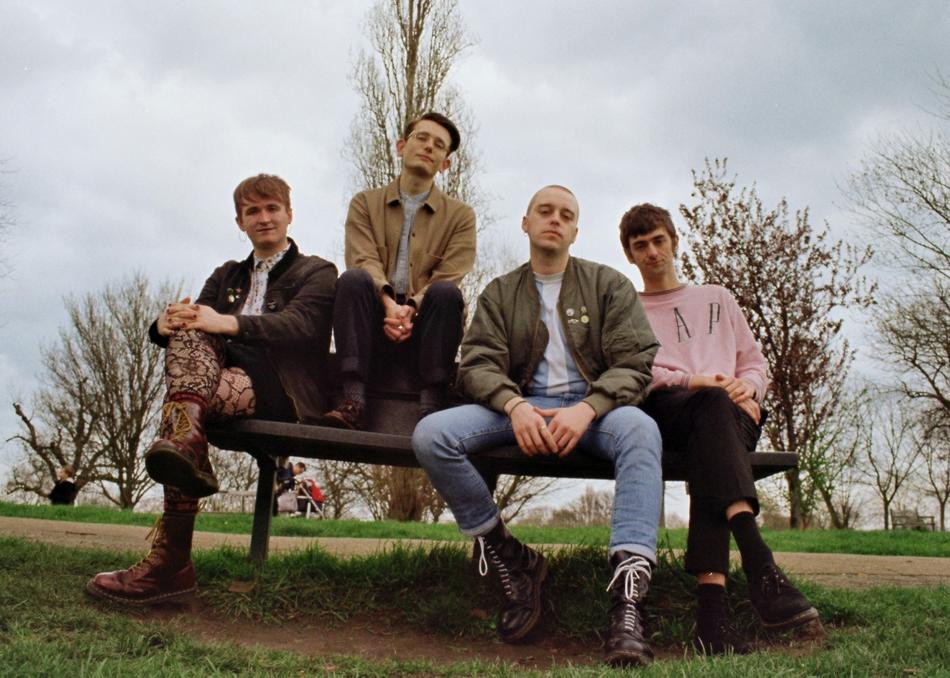 We are Italia 90, a four-piece from the UK. Our music threads together several disparate influences, but we are united by friendship and a drive to make exciting, interesting and politically and socially engaged music. There's a new EP out now (November 15), a joint venture release between fierce panda and Permanent Creeps labels.

"...catnip for fans of Protomartyr or The Fall..." The Ransom Note

"...sounds as though it was recorded in a working sawmill..." Hard of Hearing Music

"...The sound this four piece create, recalls those early Wire recordings, Joy Division cassettes and Gang of Four bootlegs at least one mate would own having sneaked a cassette recorder into the venue to record and listen to a few weeks later…." Louder Than War