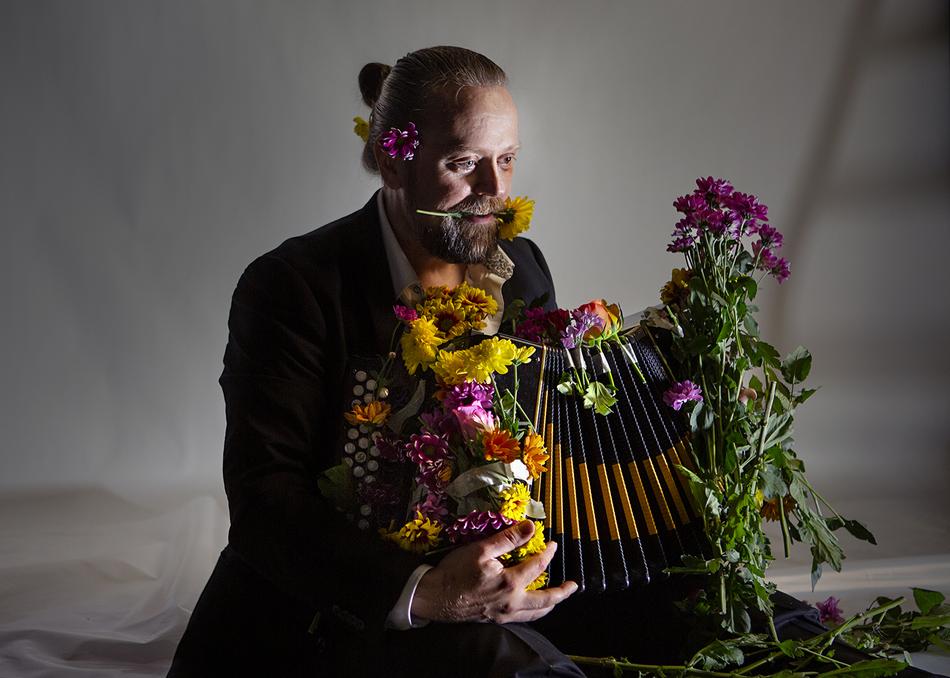 Antti Paalanen creates his wild music on the accordions so familiar to Finnish folkmusic. Although inspired by tradition, Paalanen has nevertheless created a sound world all his own, where tradition gives way to trance-like minimalism, EDM influenced beats, influences of Siberian throat-singing and controlled and insightful use of modern sound technology.
For the last few years Antti has been touring festivals all over the World – mostly around Europe, but also in Canada, Russia and Japan. At the same time he has been writing tunes for a new album Rujo, which was released in May 2019. The album title Rujo roughly translates to barbarous, unrefined or coarse.

Paalanen is known for his violent, intense and hypnotic solo performances. He takes his instrument to the limit: he screams at the accordion, stomps on the floor, pounds the bellows, and snorts like a raging bull. In Paalanen’s hands, the accordion is a living, breathing trance dance machine.

Artist is seeking the following professional connections: Other Artists to Tour With, Booking Agent - US
Genre: World
Subgenre: Electronic
From: Kokkola, FINLAND