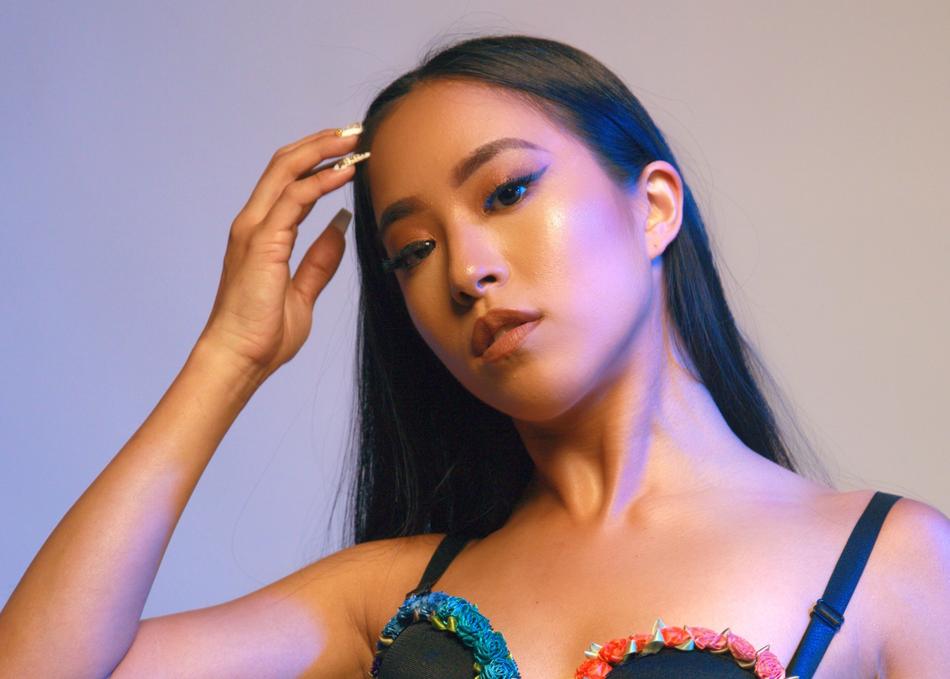 With a sound inspired by black music, As a feminist, she promotes a realistic message that people are beautiful just as they are and should live life how they want.

Her single "Choose Me / Melon Soda" released in 2017 became a hot topic, gaining her over 3 million views on YouTube and the number one spot on the iTunes Japanese chart.
This gained her recognition on tv and radio, and she was chosen by staff on the Fuji TV music show, as the most anticipated upcoming artist, distinguishing herself in the Japanese street scene as the first ever indie artist to be chosen on the show.

In 2018 she released "Heels" and "NO BRA!" Even on stage she holds the power to stun her audience with her words, and has support from women all over the world for being a "strong woman".

In 2019, her activities moved her to relocate to LA, where she released "KETSUFURE -Japanese Twerk-“
After an American woman posted the video on Twitter with the caption "I can‘t believe that japan got their own twerk anthem", the video accumulated over 2M views on Twitter. After going viral, it was even picked up on the NY Heavy Hitters by HOT 97’s DJs.