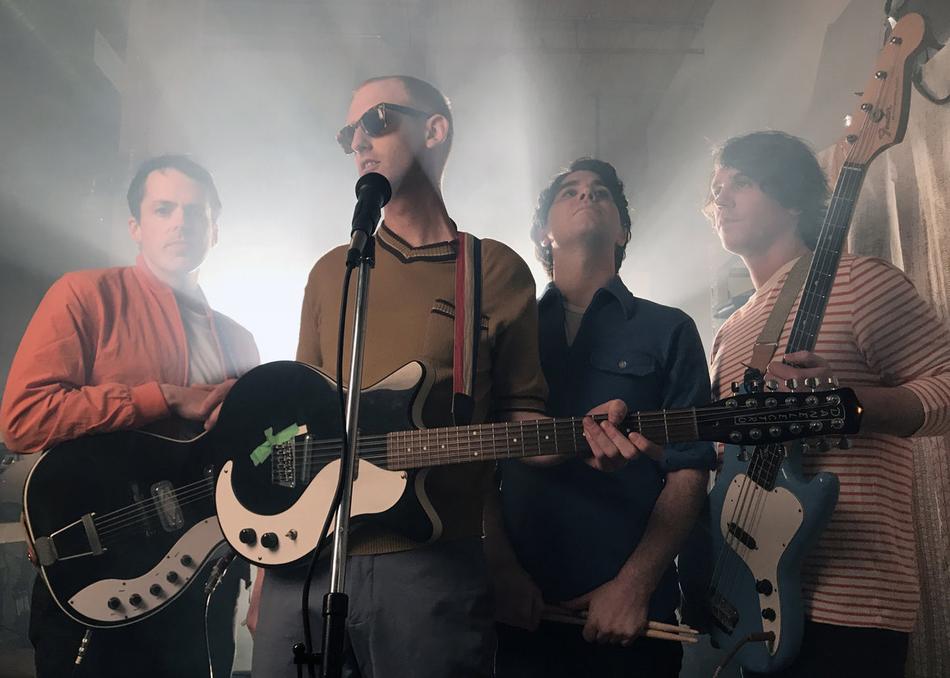 Circulated by MINT RECORDS, already recreated at high volume on stages across Canada, labeled "Delightful as fuck" by NOW Magazine and "Naive enough to be charming" by Exclaim, Toronto’s Kiwi Jr. presents FOOTBALL MONEY : a dispatch stitched out of fragments, a lustrous twelve-string paint-job unraveling ten booksmart tracks in under thirty minutes. A product of two years of labor, a monument to work-life balance, the record is not unattractively scarred by its circumstance : recorded by nightfall in dormant studios, friends and enemies drafted as backup singers and engineers, FOOTBALL MONEY untidily fuses the yin of work with the yang of life, chronicling a dual-existence, unkempt instrumentalists moonlighting as undercompensated administrators by the harsh fluorescent light of day, borne back ceaselessly into the Greater Toronto Area by night.

Built from the clay of the day-to-day - as attentive to the complexities of a sporting salary cap as to the mystery of love; to the burden of Toronto rent as the reality of ruin- it’s a record of modern creation, lyrics text-wrapped in Excel spreadsheet cells, Rickenbackers detuned to the frequency of a blue-screen migraine. Kiwi kritiks