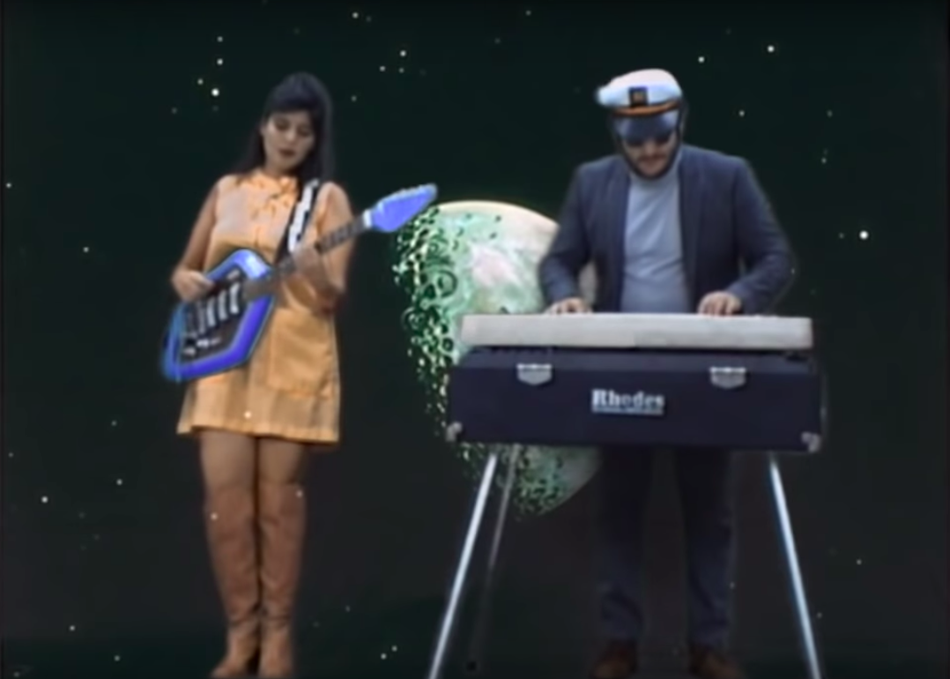 Florida may not seem like the most likely place for a whimsical French pop-loving band like Pearl & the Oysters, but it makes sense since the duo of Joachim Polack and Juliette Davis moved there from France. Using a kitchen sink's worth of instruments and showing off a very light melodic sensibility, the band's first two albums were breezy and delightful space age pop.

The duo met in high school in Paris and bonded over a love of Burt Bacharach and the Pixies. While studying musicology at the Sorbonne, they began working on a sound that was equally influenced by classic French Pop of the '60s, space age pop of the '50s (and its revival in the '90s by bands like Stereolab), and the inspired simplicity of Love You-era Beach Boys. While living in Paris they started recording demos of what would become their first album, but midway through they moved to Gainesville, FL so Polack could attend the University of Florida to study Brazilian music at the doctoral level. They finished their s-t debut in Florida and released it in September of 2017. It wasn't long before they started working on a second record: 2018's Canned Music was released jointly by Burger Records and Croque Macadam.