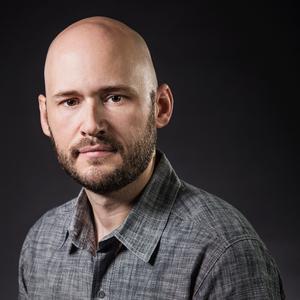 Chris recently produced DAMSEL, starring Robert Pattinson and Mia Wasikowska, which world premiered at the 2018 Sundance Film Festival in January and was theatrically released by Magnolia Pictures in 2018. In 2017, Chris produced MR. ROOSEVELT, which premiered at the SXSW Film Festival, where it won an audience award, as well as the Louis Black Lone Star Award, before being acquired by Netflix and released theatrically by Paladin.  Chris also produced DISCREET, a film that world premiered at the 67th Berlinale and sold to multiple countries around the world and was released in 2018.

In 2015, Chris received the prestigious Piaget Producers Award from the Independent Spirit Awards, honoring a producer who demonstrates the creativity, tenacity, and vision required to produce quality, independent films.

Previously, Chris produced KUMIKO, THE TREASURE HUNTER, released in more than 80 countries and nominated for Independent Spirit Awards for both Director and Actress, the film won numerous awards all over the world. In 2014, Chris produced THANK YOU A LOT, which premiered at the SXSW Film Festival and was released by Gravitas Ventures.  In 2009, he produced John Bryant’s’ THE OVERBROOK BROTHERS, which also premiered at SXSW in the narrative competition and was acquired by IFC Films.  Chris was a co-producer on LOVERS OF HATE, a 2010 Sundance Film Festival U.S. Dramatic Competition film, and was an executive producer on both GOOD NIGHT and the critically acclaimed THE HAPPY POET.

Chris is a partner at REVELATOR, a creative production boutique that has created numerous award-winning campaigns for both television and the web, for clients such as Capital One, Pandora, Samsung, IBM, Dell, Google, Hewlett-Packard, Cisco, Vista Equity Partners, Dun & Bradstreet and many, many more.

Chris is a member of the Producers Guild of America (PGA), and was previously a Sundance Institute Creative Producing Fellow, as well as an alum of the Independent Filmmaker Project.