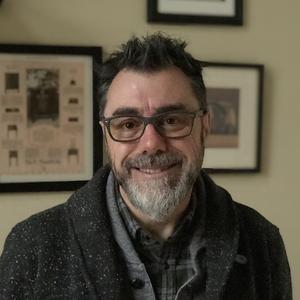 Perhaps one of the world's most listened to DJ's, with over 150 million listeners each day, Danny has spent 25+ years in National and International music programming and branding, designing consumer and in-store music playlists for some of the biggest and most recognized brands and media outlets. As the Global SVP of Creative Programming for Mood Media, the world's leading in-store media solutions company, Danny is a frequent industry panelist and globally recognized expert. Danny directs and supervises the creation of thousands of playlists heard by more than 150 million people per day around the world. Danny has recently created branded programs for such major brand partners as Kendra Scott, Luxottica, Skechers and Gucci, to name a few. He has collaborated on special programming projects with icons such as Willie Nelson, Bob Dylan, Quincy Jones, Snoop, BB King and so many more.

Prior to joining Mood Media, he spent a decade as one of the founding Programming executives at XM Satellite Radio, as the Senior Vice President Programming & Operations, helping to define an industry. Throughout his career, Danny has managed music curation efforts across a variety of platforms and leading technologies. His experience in managing programming teams and brand efforts across the US, Europe, Africa and Asia also affords him the opportunity to develop cross-cultural connections and incorporate multiple perspectives in the playlists he designs.

His commentary and expert perspectives on the power of music on customer and consumer experience have been featured in Forbes, New York Times, LA Times, Washington Post, Quartz, BBC, Women’s Wear Daily, Business Insider, Entrepreneur, Luxury Daily and more. As a frequent industry panelist, this will be Danny's 5th consecutive year as a panel moderator and mentor at SXSW.