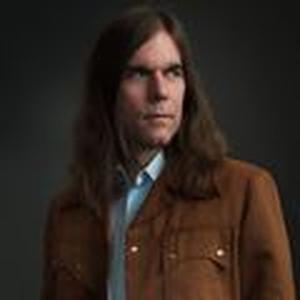 Called “the quintessential modern composer” by the London Independent, Austin-based composer-bandleader Graham Reynolds creates, performs, and records music for film, theater, dance, rock clubs and concert halls with collaborators ranging from Richard Linklater and Jack Black to DJ Spooky and Forklift Danceworks. Reynolds music has been heard through-out the world on TV, on stage, in films, and on radio, from HBO to Showtime, Cannes Film Festival to the Kennedy Center, and BBC to NPR. He recently scored “Bernie” featuring Jack Black as well as the Hulu TV series “Up To Speed”, and his score to the Robert Downey, Jr. feature "A Scanner Darkly" was named Best Soundtrack of the Decade by Cinema Retro magazine. As bandleader of the jazz-based but far reaching Golden Arm Trio, Reynolds has repeatedly toured the country and released four critically acclaimed albums. As Co-Artistic Director of Golden Hornet Project with Peter Stopschinski, Reynolds has produced more than fifty concerts of world-premier alt-classical music by more than sixty composers, as well as five symphonies, two concertos and countless chamber pieces of his own. He is a company member of the internationally acclaimed Rude Mechs and resident composer with Salvage Vanguard Theater. Reynolds last released two albums simultaneously: “The Difference Engine: A Triple Concerto” and “DUKE! Three Portraits of Ellington” on Innova Records with distribution by Naxos, the world’s biggest classical label. Over the next three years, Graham will be composing an extended commision for Ballroom Marfa called “The Marfa Triptych: Three Portraits of West Texas”, including a suite for western swing big band, a concert of solo layered-piano, and a mariachi and nortec inspired chamber opera.