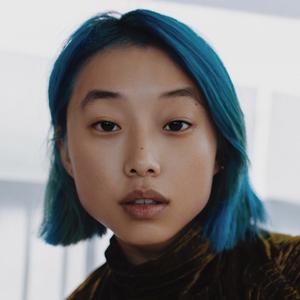 Margaret Zhang is an Australian-born-Chinese filmaker, writer, actor, and consultant based between New York and Shanghai. Since establishing her website in 2009, speaking to a combined global audience of over 1.6 million, Margaret has gone on to work with global brands including CHANEL, UNIQLO, Swarovski, YEEZY, Bulgari, Gucci, MATCHES, Under Armour, and Louis Vuitton in a wide range of capacities both in front of and behind the camera, while completing her Bachelor of Commerce/Bachelor of Laws at The University of Sydney. Though regularly featured front of camera, Margaret’s directing, photography, and styling has been employed by the likes of VOGUE, L’Officiel, Harper’s BAZAAR, NYLON, Marie Claire, GRAZIA and ELLE internationally. She has been listed in Forbes Asia’s 30Under30 and TimeOut’s 40Under40, and her work has been recognized as shaping the international fashion industry by the Business of Fashion BoF500 Index for the past four consecutive years. She went on to be the first Asian face to cover ELLE Australia. In 2016, she co-founded BACKGROUND, a global consultancy for which she specialises in Western-to-Chinese and Chinese-to-Western cultural bridging for a range of luxury, lifestyle, and brand initiatives. In 2017, she exhibited a series of 39 unseen photographic works as a solo show in Sydney and premiered her first short film (There’s No Space Left in C# Minor) – a 15-minute exploration of her visceral relationship with classical music on both performance and abstract planes – to critical acclaim.