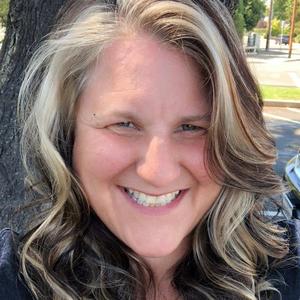 Barbara Wahli, known by her moniker Barb Rocks, is recognized for managing some of San Jose's most successful independent rock bands, as well as for putting on highly-organized and well-attended shows at reputable venues in the San Francisco Bay Area for over 12 years. Under Barbara's management, her bands have reached some huge goals and local successes, including radio airplay (Live 105, 107.7 The Bone), music festival placements (BottleRock Napa, San Francisco Pride, SubZERO Festival, SoFA Street Fair), licensing/publishing deals, and strategic show bookings with well-known touring acts. She's also organized and been a core team member for two local music festivals, Left Coast Live and West Valley College's West Fest, and is involved in various capacities in the Santa Cruz Music Festival.

Dubbed the "queen of the south bay scene" by local FCC Free Radio DJ of the Unbound Sound Show, Barbara has become the hub of an ever-expanding local music scene, continually increasing her network of music contacts. Barbara has always kept the passion and experience at the forefront of her every endeavor, keeping the philosophy of "music first" and making sure the bands aren't taken advantage of. Her desire to help artists and the local music community drove Barbara to lead the San Jose chapter of Balanced Breakfast, an international meetup group who’s primary goal is to build community within the music industry and invest in the idea that we are stronger together than we are alone. Barbara is also expanding her reach by speaking on music industry panels and participating in musician mentorship opportunities. Barbara's devotion to local music caught the attention of San Jose's Metro Newspapers, who named her Best South Bay Scene Queen in their 2010 Best Of issue, stating "her energy is infectious, and her ear for local talent remarkable."