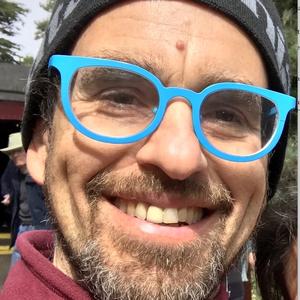 Jonathan Skurnik is a documentary producer, director and cinematographer. Five of his films have broadcast on PBS and European Television, as well as on domestic Satellite and Cable stations. His films have been screened at the Museum of Modern Art, Lincoln Center and in art galleries in New York City and at over two hundred film festivals throughout the world. He has won numerous awards, including Best Documentary at the American Indian film festival, the Change Maker Award at the Media That Matters Film Festival, the Audience Award for Outstanding Achievement at Outfest, the Harry Chapin Media Award for films about poverty and Best Documentary Award at the UrbanTV film Festival.
Jonathan has worked in Europe, Asia, the Middle East and South and North America.

His films have been supported by ITVS, Vision Maker Media, the MacArthur Foundation, the Fledgling Fund, the Paul Robeson Fund, The Arcus Foundation and many other foundations and private donors. He serves as the chair of the steering committee of New Day Films, the only cooperatively run educational film distribution company in the US.

Jonathan has led workshops and master classes in theory and production for filmmakers in the US and China and taught at Chapman and Duke Universities. He also writes and directs narrative films and makes multimedia installations.