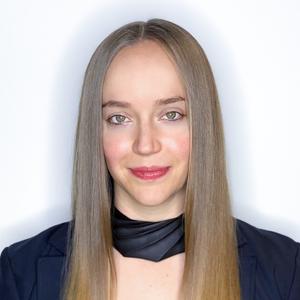 Chelsea Fawn Briganti is the co-founder and CEO of LOLIWARE, creator of the world’s first certified edible material technology to replace plastic. An award-winning social innovator and industrial designer, Briganti launched LOLIWARE in 2015 with a seaweed-based edible cup.

As the SHeEO of an interdisciplinary team of expert scientists, food technologists, and seaweed biologists, Briganti developed LOLIWARE Edible Tech – a material made from seaweed (a regenerative and carbon sequestering input) that outperforms bioplastics and biodegrades at the same rate as food waste. In 2019, LOLISTRAW, the straw of the future, was launched to replace the 360 billion plastic straws used annually worldwide that contaminate our oceans and harm marine life. The company is venture backed by Closed Loop Ventures, Hatzimemos/Libby, NY State Venture Fund, and Mark Cuban.

Prior to founding LOLIWARE, Briganti graduated top of her class at the Parsons School of Design and went on to build innovation pipelines for global CPG companies Coca Cola, Pepsi, Nestle, and L'Oreal, with a lens on sustainable packaging and food tech. Raised in Hawaii, Briganti’s deep connection with the ocean led to an unwavering commitment to eliminate single-use plastics and heal the planet. With LOLIWARE, Briganti and her team are pioneering a plastic-free future with products that are ‘Designed to Disappear’.