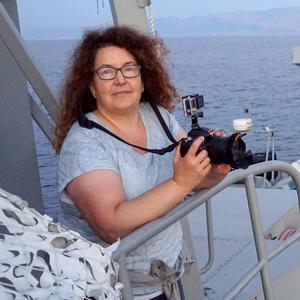 Theresa Menders has successfully collaborated with Daniel Farber Huang on documentary photography projects as a husband and wife team, with a long-term focus on women’s and children’s issues and poverty. The team is heavily focused on the Global Refugee Crisis, most notably with their original portrait project “The Power of Faces: Looking at the Global Refugee Crisis” which shows displaced individuals with courage, beauty, dignity and grace, and raises the conversation on who or “what” a refugee is.

They have covered these and other current topics in the Greece, Turkey, Haiti, Colombia, Guatemala, El Salvador, Honduras, the Republic of Vanuatu, India, and China. Their collaborative work is included in the permanent collections of numerous museums, including the International Center of Photography, New York Historical Society, Museum of the City of New York, Museum of Chinese in America, New York City Fire Museum, and the Library of Congress. Their photography has been exhibited by the New York Historical Society, Museum of Chinese in America, and group shows including the Museum of Modern Art. Theresa and Daniel are Brand Ambassadors for Op/Tech USA. The team is based out of Princeton, NJ with assignments around the globe.

Photojournalism Meet Up at Fairmont Sunflower

Photojournalism Meet Up at Fairmont Sunflower