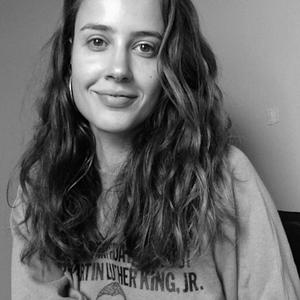 Bela grew up with one foot in the midwest and the other in Buenos Aires, splitting time between American and Argentine family members and aspiring to one day marry multiple cultures in her life's work.

She soon discovered music to be a unifying language and entered the business first as a music writer, contributing regularly to Resident Advisor and lending words to press releases and biographies.

This pursuit brought her to London to study Media & Communications at Goldsmiths, where she landed an internship with indie label Ninja Tune. There she quickly climbed the ranks, was promoted to Senior Project Manager and Head of American Events, and would eventually relocate from Los Angeles to New York to establish the label's first East Coast presence in its 26-year history.

In 2017 she moved to Barcelona to pursue a master's degree scholarship and transitioned into artist management, leading communications and digital efforts for a roster including Flying Lotus, Thundercat and the Cinematic Orchestra.

Most recently, having joined the Americas team at Merlin, she brings her multidisciplinary and international perspective to enrich exciting digital growth in the independent sector across the continents.