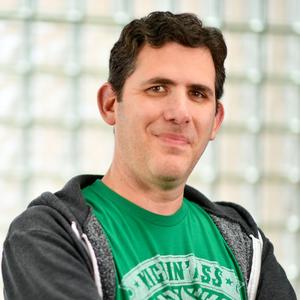 Max Hoberman founded Certain Affinity in 2006 with the goal of creating innovative, top-quality AAA action video games. As the company’s President and Founder, Max is widely recognized as a pioneer in the industry for revolutionizing the way people play competitive multiplayer games on consoles. He has over 20 years of experience in publishing, design, development and business leadership.

Certain Affinity has built a reputation as the go-to co-development partner for AAA action titles, with recent contributions to World of Tanks, Call of Duty, and DOOM. In fact, the highly prolific studio has been lead developer or co-developer on 29 products across 12 different franchises, with combined sales of more than 100 million units. Max is now leading Certain Affinity into its second decade, maintaining the company’s track record of co-development excellence while shifting towards lead development into one licensed AAA IP and one original IP. In January 2019, CA announced the opening of a second development location in Toronto, Canada to support its growing Austin team. The company expects to double in size over the next two to three years.

Making Games: It Doesn’t Get Any Easier at Austin Convention Center Room 8C

Making Games: It Doesn’t Get Any Easier at Austin Convention Center Room 8C