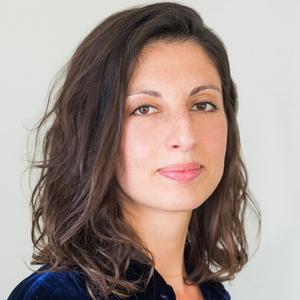 As head of See-Saw Films’ U.S. office, Negin oversees the creative affairs of all US Film and TV projects from the Academy Award winning production company.

Negin is currently focused on servicing the recently announced three-year first-look film development, financing and production deal with New Regency and finding US based TV projects, as well as working across the development, production, and release of the film and TV projects generated out of the London and Sydney offices.

Upcoming projects include ‘The End’ starring Dame Harriet Walter and Frances O’Connor; and ‘The North Water’ TV Series currently in development, being written and directed by Andrew Haigh (45 Years), adapted from the novel by Ian McGuire.

Negin joined See-Saw in 2017 from Pascal Pictures where she was the Film and TV Development Executive for Amy Pascal at her Sony-based production company. During her tenure at Pascal Pictures Negin worked on projects such as Cleopatra, written by David Scarpa, adapted from Stacy Schiff’s ‘Cleopatra: A Life,’ Warhol written by Terence Winter (‘Boardwalk Empire’, The Wolf of Wall Street) and with Academy Award® winner Jared Leto attached to star. She also worked on Maestra, written by Erin Cressida Wilson (The Girl on the Train), adapted from Lisa Hilton’s novel of the same name among various other projects.