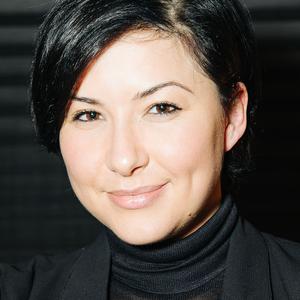 With more than ten years of experience working behind the scenes in the music industry, Lola Plaku’s resume is both extensive and multifaceted. Formerly a music journalist for Canada’s hip-hop music scene, the Toronto native made a name for herself after launching her blog, iLuvLola. This led her to a role in promotions at Maxamus Entertainment followed by an online marketing position at CP Records. Plaku was passionate about breaking U.S. talent in the Toronto market and eventually branched out into concert production, working with The Weeknd, French Montana, Travis Scott, Kehlani, Big Sean and A$AP Rocky, among others. She then transitioned into working with French Montana in a full time role.

Currently, Lola runs her own New York-based company, Lola Media Group, which specializes in artist marketing, brand development and management. LMG’s current clients include French Montana, Belly, Nav and Toronto newcomer, Lemin. Plaku has a number of other projects in the works including GIRL CONNECTED, a mentorship program that will pair aspiring female professionals with Plaku’s successful industry colleagues to learn the ins and outs of the music business. Additionally, PUMA tapped her for their Select Co-creative platform to design two sneakers that will drop this year.

In 2018, Billboard named Plaku one of the hip-hop industry’s rising stars to watch. She has also been featured in the Google Pixel 2 campaign and on Variety.com, Forbes.com, NYLON, Vice Canada and Coveteur, among others.