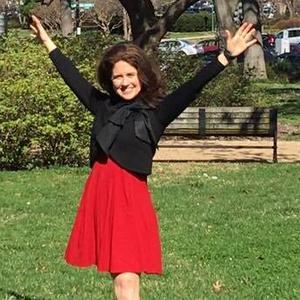 Lisa Helfman is the Founder and Board Chair of Brighter Bites. In the fall of 2011, Lisa and her family took part in a weekly fruit and vegetable co-op, and she watched her children’s eating habits transform—for the better. So much so that her little boy rejected a piece of cake at a birthday party, asking for fruit instead!

She was inspired to replicate this type of positive change in underserved communities identified as “food deserts,” or areas with limited access to grocery stores. Because nutrition education in these communities is often equally lacking, Lisa’s vision was to bring a produce co-op to schools in these neighborhoods that included an educational component while also making it fun. She created a collaborative partnership with Dr. Shreela Sharma at the University of Texas School of Public Health, and together they launched the program now known as Brighter Bites in 2012.

Six years later, Brighter Bites has delivered over 20,000,000 pounds of fresh produce and 100,000s of nutrition education materials to more than 265,000 individuals (including teachers!) across 125+ participating schools in Houston, Dallas, Austin, New York City, Washington D.C., and Southwest Florida. The Partnership for a Healthier America (PHA) named Brighter Bites the winner of the 2018 PHA Impact Award. In 2016, Brighter Bites won the Texas Health Champion Award. The Houston-Galveston chapter of the Albert Schweitzer Fellowship has named Lisa its 2019 Humanitarian of the Year.