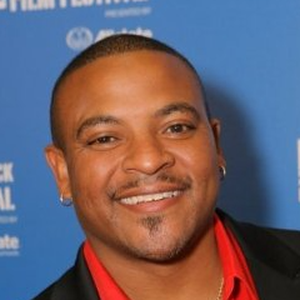 Sean Joell Johnson is an accomplished lawyer, award winning television producer and former network executive. He is Acting Head of Business & Legal Affairs for Fuse Media, home of the Fuse and FM television networks and Fuse.tv (Fuse is in 60 million homes, FM is in 43 million homes). Sean oversees all business and legal activities for the network as well as its Standards and Practices dept. Prior to that he was most recently Of Counsel to the boutique law firm, Taylor Louis LLP in New York City and the Principal of LeftCenter Entertainment LLC, a television and digital production company.

Sean’s experience includes over ten years as Vice President of Business and Legal Affairs for MTV Networks managing business and legal matters for the creation, distribution and marketing of intellectual property across all media including television, feature film, home entertainment and digital.

Prior to LeftCenter, Sean was the Programming Strategist and Executive Producer for BET Networks, ‘BET J’ network. At BET, Sean split his time overseeing programming strategy for BET J (the precursor to BET Her/Centric) and executive producing a number of television series for the network. Sean was a key architect in transitioning the former ‘BET Jazz’ into ‘BET J.’ Sean also served as a member of launch team for MTV Network’s ‘VH1 Tempo,’ and served as the EIC/Executive Producer for the Pan-Caribbean cable network that focused exclusively on the Caribbean.