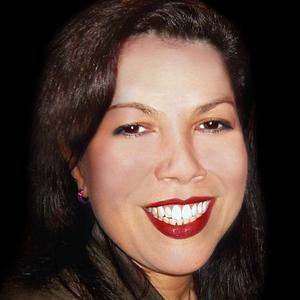 Evette Vargas is an award-winning writer, director, producer and immersive storyteller. Named by the New York Times as an “Artist to Watch,” Vargas’ work includes series for Amazon, MTV, Bravo, DirectTV; and interactive content for Fast And Furious, Lord Of The Rings trilogy and Madonna. Vargas exec produced, wrote and directed her digital series Dark Prophet, starring Henry Rollins, which was in contention for two Emmys and premiered at Sundance. Vargas has currently set up her drama series Tinacious at MGM Television. Marc Guggenheim and Rosario Dawson are serving as Executive Producers. Vargas wrote and is set to direct The Current War VR Experience as a companion piece for the film, starring Benedict Cumberbatch. Vargas is penning the Mix Master Mike feature biopic for Impossible Dream Entertainment. Vargas created the Immersiveplay, the industry standard for immersive scriptwriting for Final Draft and has spoken at the Cannes Film Festival on VR Storytelling. A member of the Writers Guild of America, Academy of Television Arts and Sciences and Producers Guild of America, Vargas was born in the Bronx and learned to tell stories at the dinner table where the imagination ruled. Vargas kick boxes; collects action figures, typewriters and shoes; has past lives as a DJ, a fashion designer, and is a recovering New York City advertising Art Director.

Round Tables: VR Filmmaking at Stephen F Austin Ballroom B

Round Tables: VR Filmmaking at Stephen F Austin Ballroom B