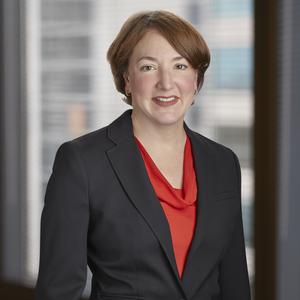 Heather King is a partner at top global law firm Boies Schiller Flexner LLP, based in its Palo Alto, California office. Heather cofounded the firm’s crisis management and government response practice where she counsels start-ups, advanced companies and individuals facing complex legal disputes. In this work, she focuses on actual or threatened civil or criminal litigation, congressional or regulatory inquiries, and related media attention. Heather has spent nearly two decades helping to lead organizations that support and invest in women’s and girls’ leadership. She is co-chair of the Vital Voices Council of the Bay Area, and has served on boards and advisory committees for the National Women’s Law Center, Women Under Forty Political Action Committee, Running Start, FAIR Girls, and the Clinton Foundation. She initially joined the firm from the U.S. Congress, where she served in the Senate as Special Assistant and Policy Advisor to Senator Hillary Clinton, including leading Senator Clinton’s work on global women’s issues and human trafficking. She also served as a strategic advisor on Clinton’s Senate two campaigns. Heather is a graduate of Georgetown University Law Center and is barred in California, New York and the District of Columbia. She holds a B.S. from the University of Evansville, where she was Phi Beta Kappa.