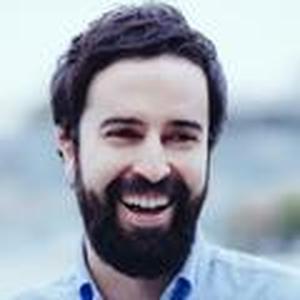 Jeremy Platt has gone from working as a screenwriter, creative executive and film festival programmer to being one of the most accomplished young literary managers and producers in film and television. After management stints at Irving Azoff's Frontline/Spectacle and Jordan Levin's Generate, Platt formed his own management and production company, Plattform, in early 2015.

As a production executive, Platt worked on Sony/Mandate's Stranger Than Fiction, directed by Marc Forster, and the Weinsteins' Halloween and Halloween 2, both directed by Rob Zombie. Recent projects he has produced include the 2010 Sundance Midnight film The Violent Kind; the 2013 SXSW psychological thriller Enter the Dangerous Mind; the Streamy, Webby and WGA Award-winning “The Walking Dead: Cold Storage” and "The Walking Dead: The Oath" webisodes for AMC, both directed by Greg Nicotero; Rob Zombie's The Lords of Salem; and At The Devil's Door, directed by Nicholas McCarthy. Recently, The Void, which Platt executive produced, premiered to rave critical and audience acclaim at Fantastic Fest in Austin, Texas; it is set to release theatrically in 2017.

In 2015 Platt executive produced his straight to series SundanceTV/AMC studios show HAP AND LEONARD. The show, based on the popular book series by Joe Landsdale, premiered on March 2, 2016 to critical acclaim and the highest ratings in the history of SundanceTV. HAP AND LEONARD stars Michael K. Williams, James Purefoy, Jimmi Simpson, and Christina Hendricks. The show was subsequently picked up and Platt is currently in post-production on Season 2 which will premiere in March 2017.

Platt via his Plattform banner is currently working on multiple film and TV projects that are in varied stages of development and production including on the TV side - Event Horizon (Paramount TV), Last Known Position (FX), Sweet Tooth (WB), Devil in the Details (FX) - and on the film side - Fear Street (Fox), One Last Dive (Fox), Quantum Hoops (Disney).

Round Tables: Managers and Agents at Stephen F Austin Ballroom B