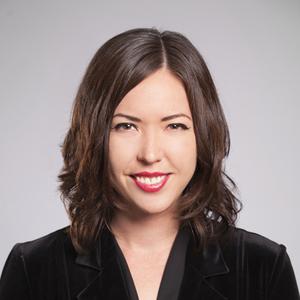 As a biracial Chinese-American woman living in Los Angeles, but raised in Hong Kong and London, Kim has an inherently East meets West perspective. She is passionate about supporting female creators and diverse voices. That is a shared mandate of her partner Isabel Marden and their newly minted production company, Corporate Witchcraft, which they founded in 2018. Corporate Witchcraft's first film, Clementine, by writer-director Lara Jean Gallagher, will premiere this Spring.

Ms. Bailey cut her teeth in the independent film space at Paradigm Talent Agency, then as a Creative Executive at e2b Capital, working with prolific producers Cassian Elwes and Robert Barnum. During this time she worked on such films as the Academy Award winning Dallas Buyers Club, Black or White, Lee Daniel's The Butler, and The Queen of the Desert, among others. She left for a position at Fortitude International as their Director of Acquisitions and International, representing the company at the Cannes, Berlin and Sundance Film Festivals. Kim was also an Associate Producer on the indie thriller Submerged directed by Steven C. Miller, starring up-and-comers Rosa Salazar (Alita: Battle Angel) and Talulah Riley (Westworld), and which was distributed through IFC.