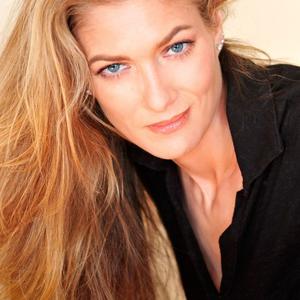 P.K. Newby, ScD, MPH, MS, brings together all of her passions—food and health, science and art—in her second company, Food Matters Media. (Her first, a nonprofit theater company now in its 23rd season.) An author, science communicator and advisor, and consultant, P.K. wears many hats to build a better food future. She's also a recovering academic, serving previously on the faculties at Tufts, Boston University, and Harvard. In all she does, P.K. brings evidence and wit to today’s critical food conversations—and fights anti-science in all the ways she can. Her zeal for nutrition stems from a life-long love affair with food, from cooking as a kid to working in restaurants. She’s also an on-air, onstage talent who appeared on ABC’s "The Taste," where she created plant-based, globally-inspired cuisine rooted in her unique Healthy Hedonism philosophy. Also: P.K.'s motto is "Life is Short. Make it Funny" and her favorite t-shirt reads, accurately, "Feminism Is My Second Favorite F-word."

Listen to P.K. Newby and other SXSW speakers on Audible