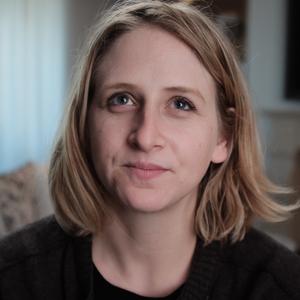 Sarah Winshall is an independent producer championing personal films with unique worldviews. In 2016 she co-founded Smudge Films with writer/director Bridey Elliott. The company’s first feature, CLARA'S GHOST (dir. Bridey Elliott), was called “a work of great daring” by Vanity Fair, and heralded as "a tender portrait of a neglected woman seeking solace in her vivid, perhaps deranged, imagination” by The Hollywood Reporter. It made its world premiere at the 2018 Sundance Film Festival, was an official selection at the 2018 BAM Cinemafest, and was released in theaters by Orion Classics in the winter of 2018. Winshall’s first documentary feature, ¡LAS SANDINISTAS!, about the women who fought in Nicaragua's Sandinista Revolution, made its World Premiere at the 2018 SXSW Film Festival. It was released theatrically in the fall of 2018, beginning with a two-week run at the Film Forum in New York. Previous work includes short films AFFECTIONS (dir. Bridey Elliott, Sundance 2016), WHISKEY FIST (dir. Gillian Wallace Horvat, SXSW 2017), CALL YOUR FATHER (dir. Jordan Firstman, LAFF/Outfest 2017), and “The best short of 2017” (Splitsider) MEN DON'T WHISPER, (dir. Jordan Firstman, Sundance/SXSW 2018).