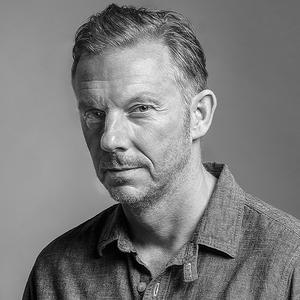 At the age of 21 John Davidson moved from Manchester, England to Los Angeles bearing a shoulder bag, $1500 in cash, a bicycle, and a willingness to be lucky. In Los Angeles, and later, in New York City, he worked as a writer and as a photographer (and also served hard time in restaurants), before landing in Austin in 2008.

John works with cutting-edge tech companies and Fortune 500 corporations to create contemporary executive portraits and workplace culture lifestyle imagery. His portraits have been published in The New York Times, The Guardian, The Financial Times, and others, while his food and travel images have been published in magazines throughout the US and internationally. He is a regular contributor to Texas Monthly.

On weekends, John can typically be found coaching his two young boys at soccer, preparing them for future careers with Manchester United.