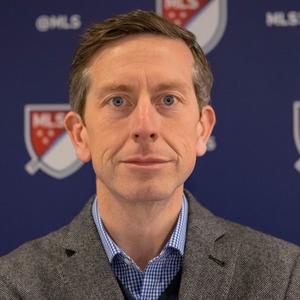 With the League since 2014 as Senior Vice President, Media for Major League Soccer and Soccer United Marketing, Seth Bacon is responsible for developing and executing the direction of the League’s media and digital properties; overseeing the creation and distribution of content; and managing media partnerships on international, national and regional levels through advanced multimedia agreements. Bacon and his team work closely with all MLS/SUM media partners, including ESPN, FOX Sports, and Univision in the U.S., TSN and TVA in Canada, a host of international broadcasters around the world, as well as digital and social partners. Prior to joining MLS/SUM, Bacon most recently served as Managing Director, Broadcasting for NASCAR, where he was a core member of the team that negotiated the sport’s multimedia rights agreements. During his 11 years with NASCAR, Bacon managed and maximized relationships and sponsorship opportunities with broadcast partners, developed the organization’s first Hispanic broadcast partnership and was instrumental in renewing NASCAR’s international business with more than 30 broadcast partners. Before joining NASCAR, Bacon served as an Associate Producer at Fox Sports Net, where he was a member of the original production team that launched “The Best Damn Sports Show Period.” Bacon is a graduate of Emerson College. He was named to SportsBusiness Journal’s 2017 “40 Under 40” class. A native of Maine, Bacon currently resides in Greenwich, Connecticut with his wife Katie and their three sons.