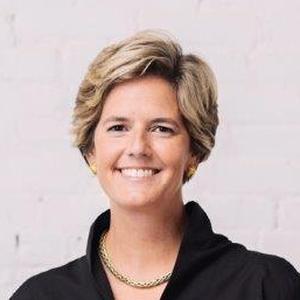 Sarah Robbins, a founding partner of 21c Museum Hotels, oversees all hotel, food and beverage operations, as well as human resources. A natural leader with an innate understanding of the art of gracious hospitality, Robbins draws on her exceptional experience in restaurant management and consulting to lead team members and process for the company.

Sarah has been with 21c Museum Hotels since 2005, having previously served as Chief Hospitality Officer. Robbins, along with the 21c Museum Hotels team, oversees the hotel and restaurant development process from design to operations – while ensuring a seamless relationship between each hotel and its restaurant. Under her leadership, the company’s restaurants have earned numerous accolades, as 21c’s chefs are among the best in the country. Chef Matthew McClure from The Hive at 21c Bentonville is a five-time James Beard Foundation Semifinalist for “Best Chef: South.” Proof on Main at 21c Louisville was named to Tasting Table’s list of the “Best Hotel Bars in America” and The Hive was listed on Eater’s list of “The South’s 38 Essential Restaurants” in 2017. She is an active member of the Southern Foodways Alliance, a James Beard Foundation Women in Culinary Leadership mentor and serves on the board of the Louisville Convention and Visitors Bureau. In 2015, she was a featured speaker at The Welcome Conference, and at the 2017 and 2018 FAB Workshop – a series of educational and inspirational workshops created by women, for women in the hospitality industry.

Robbins began her career working for Myriad Restaurant Group at the famed Tribeca Grill in New York City, where she served in a variety of management positions. Robbins eventually left New York to return to her hometown of Louisville, Kentucky while staying on with Myriad. She continued her role as a project director and lead trainer for opening teams consulting with Noble Hospitality, Starwood Hotels & Resorts, Destination Hotels and Interstate Hotels & Resorts, amongst others. Robbins was a part of the team that opened Proof on Main, ultimately accepting a permanent role with 21c in 2006. Sarah Robbins is a Captain (Ret.) in the Army Reserves and a graduate of Cornell University’s School of Hotel Administration. She lives in Louisville Kentucky with her husband and two sons.