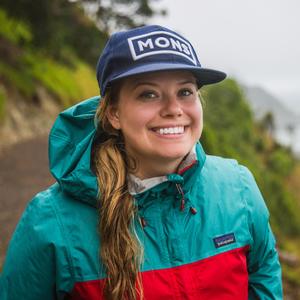 Liz Carlson runs Young Adventuress, one of the biggest and most popular travel blogs in the world, with a following in the millions. An award winning photographer and writer named “the future of tourism in New Zealand,” she is based in the mountains of Wanaka. For the past eight years she has traveled to over 60 countries with her blog and Instagram, and her projects and work are routinely feature on media outlets like TIME, BBC Travel, The New York Times, Buzzfeed, Condé Nast, and Forbes. She is a frequent public speaker, even taking the stage at TEDx, and she has run her own weekly travel column on Stuff.co.nz since 2016. In 2016 she was awarded silver travel blog of the year by the North American Travel Journalists Association. She was honored by the Society of American Travel Writers in 2016, 2017, and 2018. Her blog has won top travel blog in New Zealand for the past three years in a row by Travcom, and she has been lauded as having New Zealand’s top travel Instagram account.

An industry pioneer, Liz is a respected leader in digital marketing and social influencing and has worked with dozens of the biggest brands and tourism boards in the world.