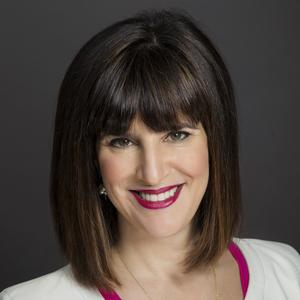 Kim Azzarelli is a business, philanthropic, and legal advisor focused on advancing women and girls. Together with Ambassador Melanne Verveer, Kim is a Co-Founder of Seneca Women and co-author of the  book Fast Forward: How Women Can Achieve Power and Purpose.

Kim is the Chair and Co-founder of Cornell Law School’s Center for Women, Justice, Economy and Technology (Cornell Women J.E.T.), and a Partner at Seneca Point Global. Prior to her work with Seneca, she served as Senior Vice President of the Newsweek Daily Beast Company, where she led strategy, partnerships, and philanthropy for Women in the World.

In her prior roles, Kim held senior philanthropic and legal roles at Goldman Sachs and Avon, respectively. At Goldman Sachs, she led the billion-dollar donor advised fund, Goldman Sachs Gives. At Avon, she served as Vice President, Legal and Public Affairs and Corporate Secretary. Prior to joining Avon, she practiced corporate and securities law at Latham and Watkins.

Kim is currently an adjunct professor at Cornell Law School, where she teaches Women, Law and the Economy and Women, Law and Technology. She is an author on matters relating to women and girls, including "Sustainable Development, Rule of Law and the Impact of Women Judges," co-authored with Justice Sandra Day O’Connor, and numerous articles on women's economic participation.

Kim is a graduate of Cornell Law School, Cornell University, and Friends Seminary High School in New York City, where she resides.