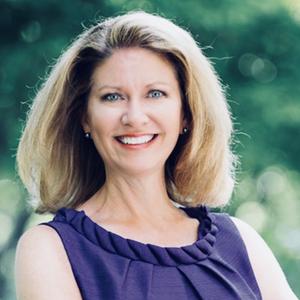 Regina is currently the Senior Vice President of Global Public Policy for GRIDSMART Technologies. In a career spanning work in the fields of transportation, telecommunications, energy, media,communications and law she has become known as a leader in national and state advocacy initiatives.
Prior to joining GRIDSMART, Regina served as President and CEO of ITS America, the country’s largest industry association advocating for research and deployment of intelligent transportation systems, President and CEO of America’s Natural Gas Alliance, Executive Vice President of US Telecom and the American Trucking Associations and Senior Vice President of Litigation Communications for Ryan McGinn. She has been named a top CEO by CEO Update and The Hill and a Johnson Fellow at the University of Arkansas and most recently the prestigious Gayle Pettus Pontz legal award.
Regina is an Emmy Award-winning former network news correspondent for the CBS Evening News,
CBS Morning News, CBS Weekend News, 48 Hours and the CBS affiliate division Newspath. She covered the Bush and Clinton White Houses, anchored the network’s overnight broadcast and reported on breaking news around the country from the New York and Washington, D.C. bureaus. She was awarded an Emmy for investigative reporting on 48 Hours.
Before heading to New York and Washington, D.C., she began her television career reporting for both the ABC and CBS affiliates in Little Rock, Arkansas and practiced law with the then Little Rock law firm of Arnold, Grobmyer and Haley.
As a former Chair of the Miss America Foundation Board of Trustees and member of the Board of Directors of the Miss America Organization, she has recently re-joined the organization to assist in instituting new governance and management best practices serving in a volunteer capacity as the organization’s President & CEO. As Miss Arkansas, Regina won the non-finalist talent award at the 1984 Miss America Competition and led that year’s Miss America USO tour.