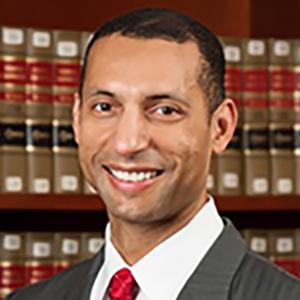 The Joint Center for Political and Economic Studies

Spencer Overton, JD, is the President of the Joint Center for Political and Economic Studies and a tenured Professor of Law at George Washington University. He is one of the country’s leading experts on the future of work, technology, and people of color. Spencer chaired Government Reform Policy on the 2008 Obama presidential campaign, and on the Obama transition, he served as a lawyer in the General Counsel's office and as a member of the Technology, Innovation, and Government Reform (TIGER) policy team. During the Administration, he served as Principal Deputy Assistant Attorney General of the Office of Legal Policy, the “think tank” of the Department of Justice. Spencer’s work has appeared in media outlets such as the Washington Post, Roll Call, Boston Globe, and Los Angeles Times, as well as academic journals such as the Harvard Civil Rights-Civil Liberties Law Review, Michigan Law Review, University of Pennsylvania Law Review, and other law journals.

Facing Digitalization: A Workforce at Risk at JW Marriott Room 203-204

Facing Digitalization: A Workforce at Risk at JW Marriott Room 203-204