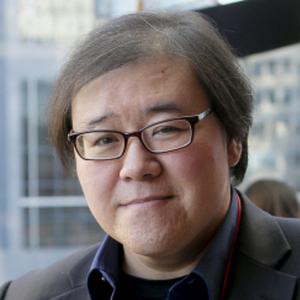 Thomas is involved in Korean film industry for over 27 years, having started as an assistant director before joining Busan International Film Festival (BIFF, called as PIFF then) in 1997 as a curator for KIM Ki-young Retrospective. He subsequently served as the festival coordinator and the senior manager of Pusan Promotion Plan (PPP) before becoming the General Secretariat at Network for the Promotion of Asian Cinema (NETPAC) from 2001 to 2004.
Thomas joined Bucheon International Fantastic Film Festival (BIFAN) in 2007 as the festival consultant and, since 2009, has been the managing director of its film industry program, Network of Asian Fantastic Films (NAFF). He has also been a programmer of English language films since 2017 and served as a jury in numerous film festivals including Berlin, Sitges - Catalonia, Fantastic Fest – Austin, TX, Fantasia – Montreal, Warsaw, Hawaii, Vesoul, Viddsee – Indonesia and YubariFanta, as well as being the panelist/mentor at Int’l Film Expo – Manila, The Philippines; Black Nights Industry Days – Tallinn, Estonia; Haugesund, Norway; SAFF, Singapore; and TIFFCOM – CoPro Connection, Tokyo, Japan among others. NAM currently serves as a selection member for Sitges Pitchbox, Spain; FEFF-Focus Asia, Udine, Italy; and Blood Window-Buenos Aires, Argentina. Also in 2015, he has launched and been curating AFTER DARK, a genre film section at India’s Jio Mami Mumbai Film Festival.