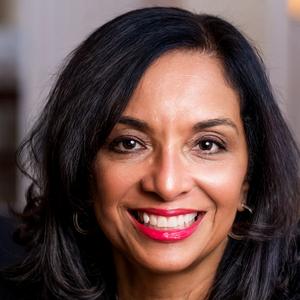 Lauren is an experienced technology executive having spent her career at IBM addressing complex business challenges in a broad variety of roles including technology, strategy, transformation, sales and talent development. Prior to her retirement, she was Vice President, Strategy and Transformation for IBM Software Group, responsible for the sales force strategy for the company’s multi-billion dollar software business. Previously, she was a leader in IBM’s transformation to cloud computing serving as Chief Technology Officer in corporate strategy. She is widely recognized for the development, growth and mentoring of leaders within IBM and across the business and academic communities.

Currently, Ms. States serves as an independent director on the publicly held corporation boards of Clean Harbors, Inc. (NYSE:CLH) and Webster Financial Corporation (NYSE:WBS). Across these boards, she serves as a member of the Audit, Risk, and Environmental, Health and Safety committees. Ms. States has a CERT Certificate in Cybersecurity Oversight, issued by the NACD and Carnegie Mellon University. She also served as a Commissioner on the NACD Blue Ribbon Commission report on “Culture as a Corporate Asset”.

Ms. States also serves on the Board of International House, NY, the Dean’s Executive Council of Northeastern University, D'Amore-McKim School of Business, and as a Director for Code Nation.

She holds a B.S. in Economics from The Wharton School of the University of Pennsylvania, a Certificate in Business Excellence from Columbia University Business School Executive Education and completed a Fellowship with Harvard University's Advanced Leadership Initiative in 2015.

Lauren was inducted into the Women in Technology International, Women in Science and Technology Hall of Fame in 2014. In 2016, she was named one of the 40 Women Leading Tech around the World by Silicon Republic. Savoy Magazine named her as one of 2017’s Most Influential Black Corporate Directors.