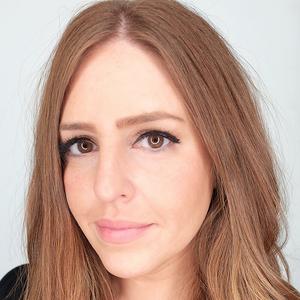 In Nashville by way of Miami, Lucia received her B.A. in Music Industry and went on to work as a Live Production Coordinator for Walt Disney Entertainment in São Paulo, Brazil. She then joined the staff at the Memphis Chapter of The Recording Academy (GRAMMYs) and remained there for six years. As the Senior Project Coordinator, Lucia focused on event production, membership outreach, and digital content production for the GRAMMY sites. She then went on to manage Strategic Partnerships at Warner Music Nashville working with artists like Blake Shelton, Hunter Hayes, Brett Eldredge, and Ashley Monroe among others. She joined Borman Entertainment as the Director of Digital managing streaming partners and quickly worked her way to Head of Digital overseeing strategy and international distribution. Borman artists at the time included Keith Urban and Alison Krauss.

Lucia now oversees the digital department at Sandbox Entertainment where she advocates on behalf of the roster for programs with partners such as Spotify, Apple Music, Pandora, Amazon, Google, Facebook, Instagram, and YouTube. Her role is to optimize digital strategy, fan engagement, and content. Sandbox artists include Kacey Musgraves, Little Big Town, Kelsea Ballerini, Dan + Shay, Faith Hill, Midland, and Devin Dawson among others.