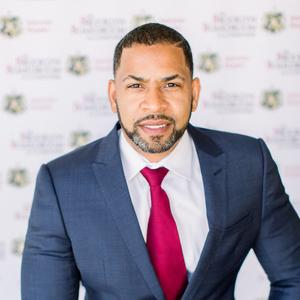 J. Christopher serves as Chief Operating Officer/President and co-owner of The Black Group (TBG), the parent company of a portfolio of digital media businesses, including a subscription-based video-on-demand (SVOD) programming service (@blackandsexy.tv), which develops and distributes African-American content for a millennial audience. J. Christopher overseas all monetization aspects of the SVOD service, its in-house studio and acquisition/distribution slate. He also spearheads all business/operational matters for the growing enterprise and closed their seminal deals with HBO and BET.

Prior to TBG, J. Christopher spent over 15 years working as a business affairs executive for various global media companies (Disney, Viacom and Time Warner) and took his deep dive into digital at Lionsgate while serving as Vice President, Digital Studios, Over-the-Top (OTT) Services and International Co-Productions. In that role, he helped to incubate/launch Lionsgate’s digital film studio and OTT platforms such as: Tribeca Shortlist, Comic Con HQ and Kevin Hart's Laugh Out Loud.

These experiences culminated in the launch of his media consulting business: IndustryEsquire.com and podcast “Inside the Brooklyn Boardroom with J. Christopher.” Industry Esquire provides J. Christopher with a platform outside of TBG to help other small content companies develop effective business strategies and bridge the gap between multi-million-dollar film/television franchises and micro-budgeted digital productions. And, as host of the Brooklyn Boardroom, J. Christopher makes these complex business principals accessible from an “outsiders” point-of-view through a no frills, direct dialogue with the actual stakeholders and foot soldiers in media, tech and entertainment.