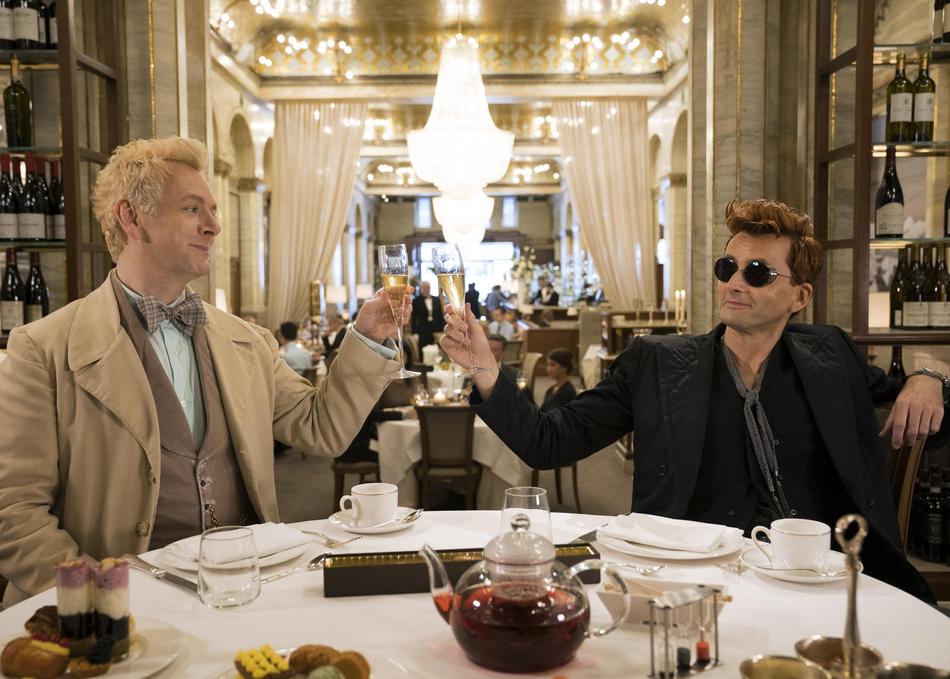 Showrunner and best-selling author Neil Gaiman is joined by director Douglas Mackinnon and cast Michael Sheen, David Tennant, and Jon Hamm to give attendees the most in-depth look at GOOD OMENS to date and watch never-before-seen exclusive clips from the entire series. The six-episode series coming to Amazon Prime Video is based on the beloved satirical novel Good Omens: The Nice and Accurate Prophecies of Agnes Nutter, Witch by Terry Pratchett and Neil Gaiman. GOOD OMENS is a dark, comedic story set in modern-day Britain that centers on a fussy angel, Aziraphale (played by Sheen) and the loose-living demon, Crowley (Tennant) as they join forces to prevent the coming of the Apocalypse.