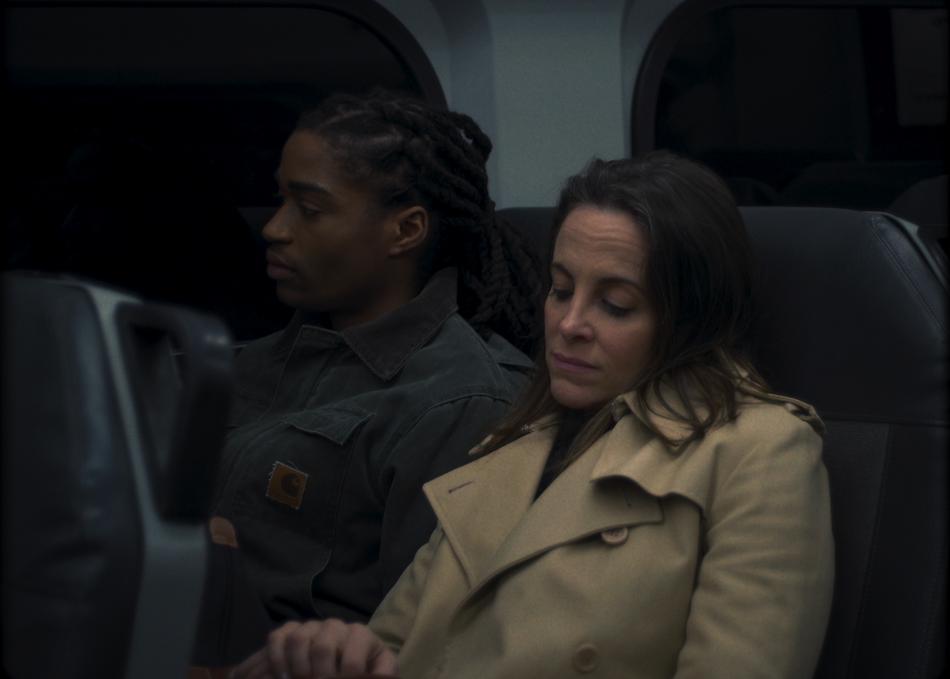 When Randolph is approached in the park by a middle-aged white woman who introduces herself as Genevieve, he realizes she’s the person he’s been waiting for. After some small talk, Randolph instructs Genevieve to act like they know each other before leading her across the park and into a parking garage elevator to sell her some weed. Struck by the interaction and Randolph’s confident demeanor, Genevieve invites him to smoke with her. On Genevieve's back patio, they share a blunt and slowly begin to open up to each other, realizing they are now connected in more ways than one.