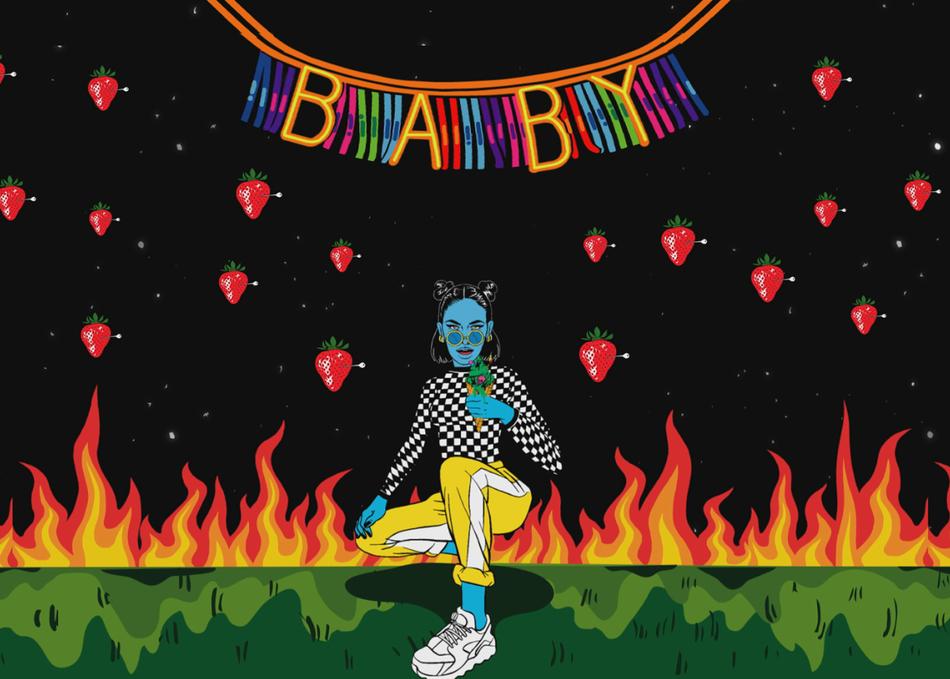 Malia James (ordinarily a live action director) directed an animated promo for 'Baby' by Bishop Briggs, alongside illustrator Anja Slibar and Seed Animation. Based on Anja's illustrations Neil Kidney and Morgan Powell from Seed animation directed, focusing on realistic performances from the main characters. During production Bishop was touring so there was no direct reference for her singing the song. The animators at Seed had to rely on YouTube videos to grasp her character traits, including lip movement, personality and style. The video features an animated Bishop Briggs and her boyfriend in a trippy love story, exploring the obsessions and passions that help to define their relationship.