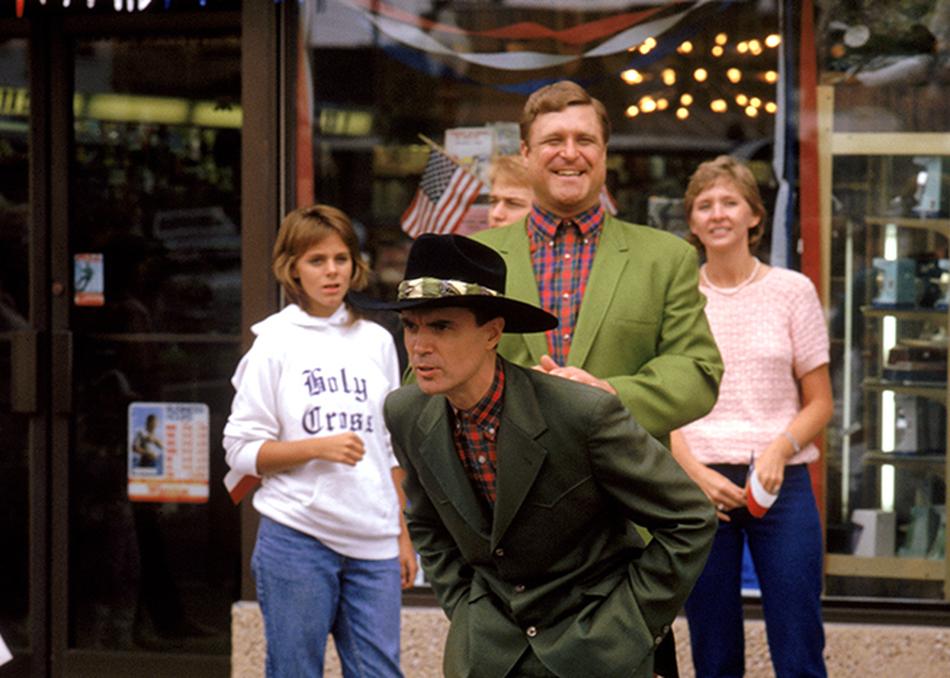 Music icon David Byrne was inspired by tabloid headlines to make his sole foray into feature-film directing, an ode to the extraordinariness of ordinary American life. The Talking Heads front man plays a visitor to Virgil, Texas, who introduces us to the citizens of the town during preparations for its Celebration of Specialness. As shot by cinematographer Ed Lachman, Texas becomes a hyperrealistic late-capitalist landscape of endless vistas, shopping malls, and prefab buildings. In True Stories, Byrne uses songs to stitch together pop iconography, voodoo rituals, and a singular variety show—all in the service of uncovering the mysteries that lurk under the surface of everyday experience.