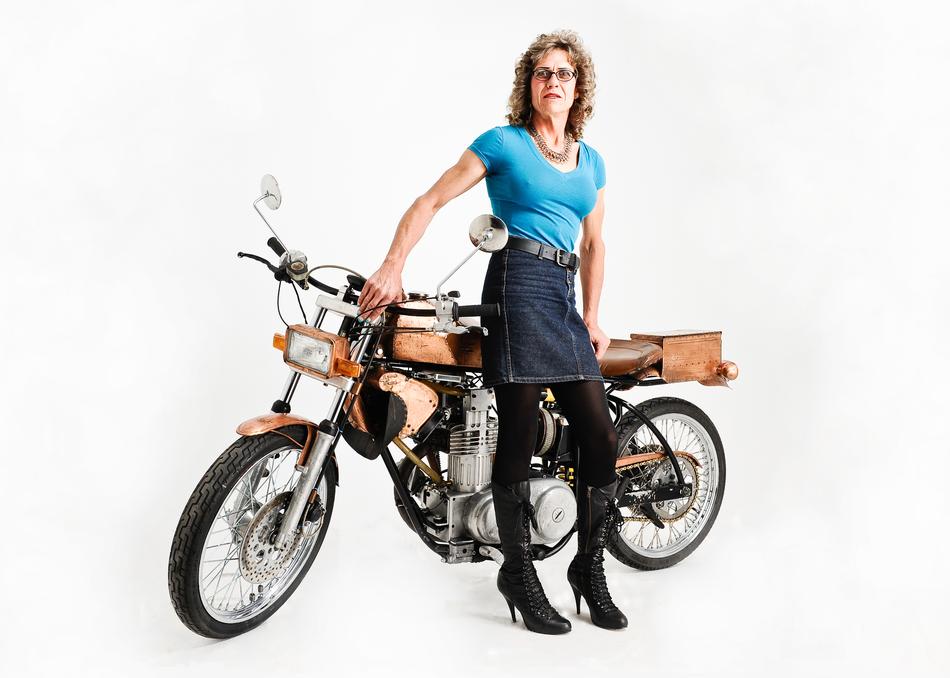 Renown art car artist Harrod Blank's camera-covered van breaks down near Albuquerque, NM. The only mechanic capable of fixing it is local drag racer, and machining savant, Russell “Rusty” Tidenberg. Rusty recently began to transition by getting breasts. While Rusty works, Harrod learns that Rusty's boss (father) cut his pay, his biker friends rejected him, and women won't date him now. Struck by his story, Harrod films Rusty for eight years. Other gender-non-binary art car artists that Harrod meets shed further light on gender identity in America. The film follows Rusty on this difficult journey of embracing and exhibiting both genders, while still hoping for acceptance, and love.