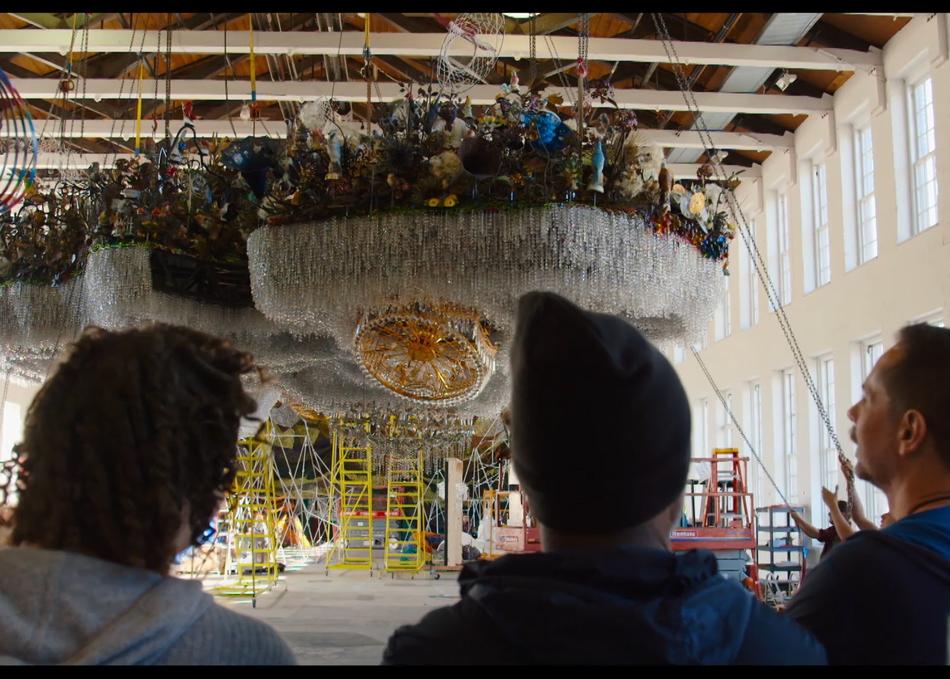 In 2017, MASS MoCA became the largest center for contemporary art in the world. This is the story of a unique institution, the small town it calls home, and the great risk, hope, and power of art to generate cultural and economic rebirth. With original music by Wilco bassist John Stirratt and appearances by artists ranging from James Turrell to David Byrne to Bill T. Jones, Museum Town reveals how an idea becomes a reality, tracing the creation of artist Nick Cave's monumental installation UNTIL, a reflection on gun violence, race, and the American Dream.

Soundtracked by Talking Heads, Sharon Jones, Big Thief, Wilco, Moses Sumney, and many more. With the voice of Meryl Streep.