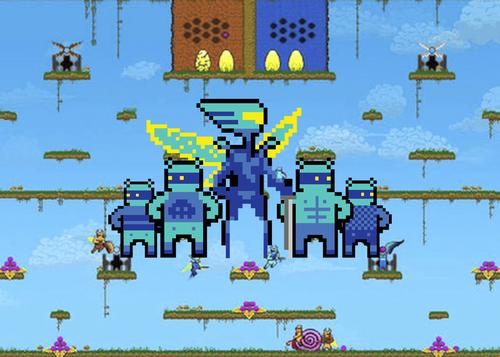 Killer Queen, a 10-player team-based strategic action platformer inspired by classic arcade games like Joust and Mario Bros. Two teams of 5 players, each led by a powerful Queen, face off to be the first to fill their hive with nectar, assassinate the rival Queen ... or ride the giant snail god home. Is it weird? Yeah, a bit. But is it fun? YES!

This is a Single Elimination, Open Sign Up tournament. Register for this tournament at the Arcade Bunker anytime during expo hall hours and at least 30min before its official start time. 5 players required per team and registration is limited to the first 8 teams to sign up at the Arcade Bunker.